Found this at work

A gift from nancy a couple of years when she was in Europe. 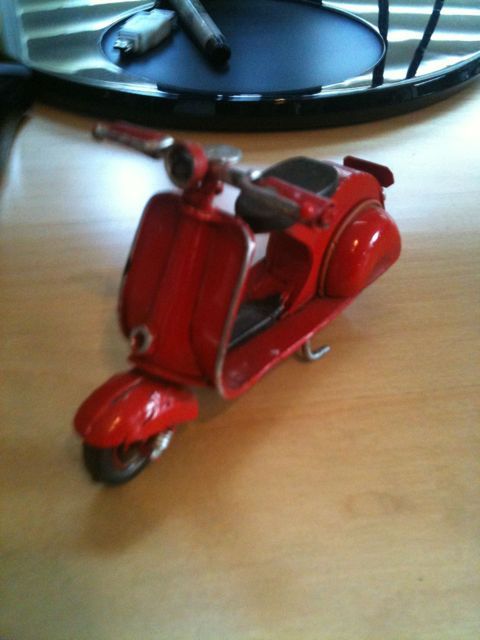 Had a great time.

Here is a video of our journey from the motel to band camp.
Beef jerky by the sheet! and beer at 1/2 the price in Ontario. Who could as for anything more….

Heading down from Toronto.  Here is a video of our Day one journey across the U.S. / Canadian border, through Buffalo, Pittsburg, and into Ohio.  We stopped at a motel before night fall. Try watching in HD for better quality.

Thanks to Rob and Rachel for organizing the ride down. Tam and David for the backup trailer. Andy who could make it for the weekend before flying out.

Ok we are going be heading down on a small scooter convoy to PVSC in New Somerset headed up by Rob and Rach,  eight of us gearing up for a weekend.  Plus, anyone else we find along the way.  The way happens to be 550 kms approx., and that is one way!

That is the question isn’t it?  I heard that this is a great Rally to head to for Canadian scooter enthusiasts that are close to the border U.S. border.  A couple of club members are heading down to check it out for the first time. 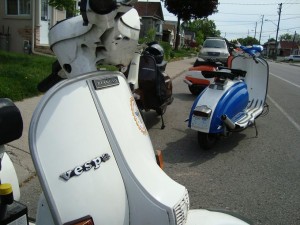 Came by to grab Chris. 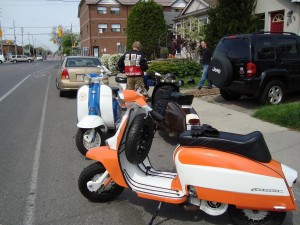 About to head out.

ok the plan is to head out first thing tomorrow.  As of midnight tonight we have 3 scooters ready to go.  Last minute packing, isn’t it always the case. And maybe one last beer.

Objective get from Point A to point B. 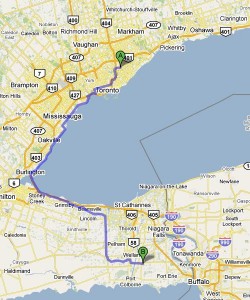 See ya if we see ya.

Getting ready for Niagara Scooter Rally 2010

Ok spent a bit of time back in the garage to get ready for the scooter rally 2010 season.  We will be heading to the Niagara Scooter Rally 2010 this May long weekend, the first rally of the year.  Working on the scoots, the timing seemed a bit off from the end of last season.  So what else better to do than upgrade with a lighted flywheel by AF Rayspeed, there is something to be said about a flywheel that weighs about 1/2 the weight.

Another EGT is on order for the Series II.  With the success from end of last season testing this is a no brainer upgrade if you want to get to a rally on two wheels instead of six (car + trailer)

Thought I would repost some Niagara Rally info here.