Ok the road plans as follows

See you when we see you.

Was going to head out on the road today after work. I can’t make it to the Niagara Rally 2011 this year, so I decided to ride for the hell of it around the block.

Got all ready suited up. Tried to kick it over for like 10 min. nada… no spark.

Four and a half hours later found a bad soldering point in the electronic stater. Just left of the pick-up the taped coil was the culprit. Made a big solder blob to complete the circut again. But, alas now my timing is off!!! I’ll call it a night.  Yes the pic us upside down. 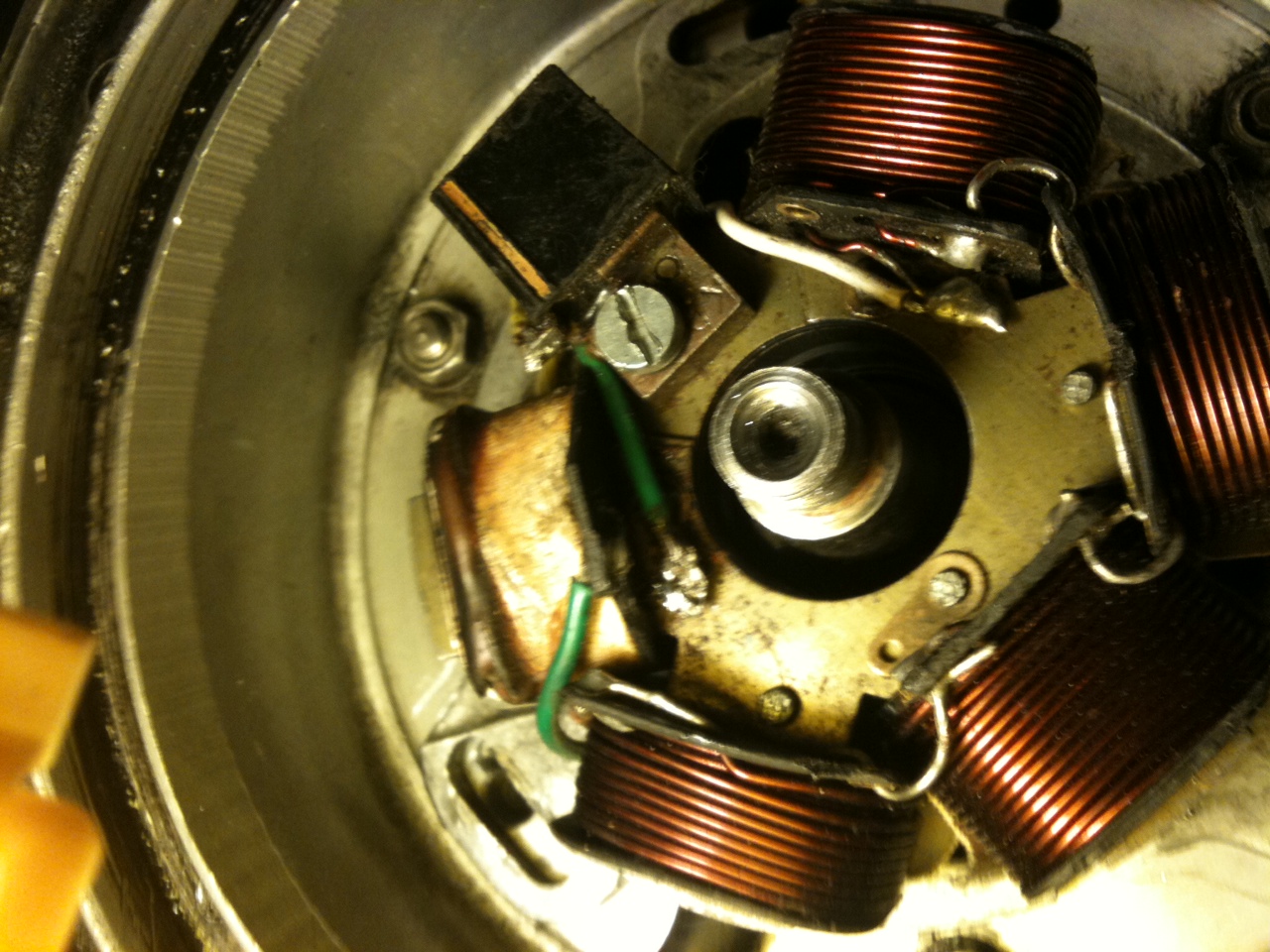 Reduce engine vibrations on your Lambretta

If  you have not done so already a good way to reduce the engine vibrations, what I call angry engine on your lambretta it to replace your old smaller engine mounts with the larger GP silent blocks.  In the pics below, you see that I used an engine mount removal tool (from Beedspeed) that I used on my 150 case.

General steps while removing with the tool:

1. Assemble the cylinder as the first pic.  Have the engine out of your frame, remove rear cable selectors, rear break, rear shock, engine bolt.

3. Ratchet the nut form the inside and presto, the old mount will fall into the cylinder when it is completely out.

1. The Beedspeed press washer is recessed for the outside of the mount.  It will fit quite obviously.  Just tap the new engine mount with a rubber mallet to hold in place carefully.  Should just be a couple of taps, before you can ratchet down.

2. The inside press washer is larger than the engine mount hole.  So now you just have to rachet down, you will see the new engine mount move towards the case until flush.

Spring is in the air for scooterists

Just picked up a new set of tires from Glen at Mod Bro Inc. saw some new and old faces there.
Can’t wait to get these on the road. 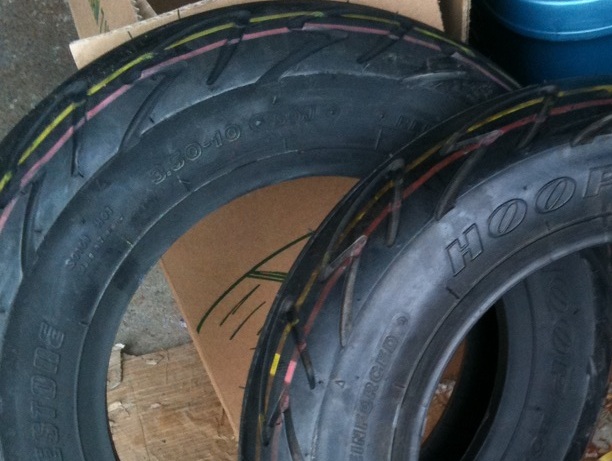 Well. I’d say winter is definitely here…booo.
So now I have to decide what my next project is going to be.

Anyone who has ever seen my bike shed will know I have more ‘projects’ sitting around than I can handle.

Currently there are four I would like to get finished.

I have 95% all parts for all projects.

The S3 would be the most ambitious as I have had a custom concept ready for several years now, which also makes it the most work but probably would be the most satisfaction for me as I would be doing a full custom airbrush paint job myself.

The VBB would probably be the easiest as I had almost completed it several years ago, but raccoons broke into my shed and proceeded to ruin it by crapping all over the new un-clear coated paint and knocking several heavy object off my shelves and denting it in several places (including cracking a brand new speedo glass. (Doh).

Last but not least is ‘old blue’ the P200e. My very first scoot. (Previous owner Neil Glenister one of the UK lads who was attending rallies back in the 80’s).

I’ll try and get some pics up shortly, maybe that’ll help folks vote on what I will do next. Opinions and comments are welcomed.

Doing some last minute adjustments before the rally tomorrow.

See you if we see you.

All the usual suspects will be there,
– Fire pit,
– Beautiful ride to the Grand Forks area.
…- Sponsors galore!

Book it off, call in sick, quit your job! just don’t miss this one kids.

Heading home and trying to get Chris out of his tent.
Have a 6-7 hour ride ahead, does’t Chris know that we are going home today….

Getting ready for DBSC 2010 Burwell Rally

Things get underway a bit early this year.. for those among you who wish to do so, you may arrive on Thursday. Although no additional camping fees apply, your hangover will be 50% greater than those of the Friday Arrivals.

The usual tomfoolery applies: Camping, scooters, beer, racing, beer, immaculate bathroom facilities, music, prompt breakfasts, beer,etc etc… If we had to describe it in too much detail, you probably wouldn’t understand it anyways. Stay tuned for details as they become available.

Full Details at the bottom of this page:

A couple of laps around the field by Niall.